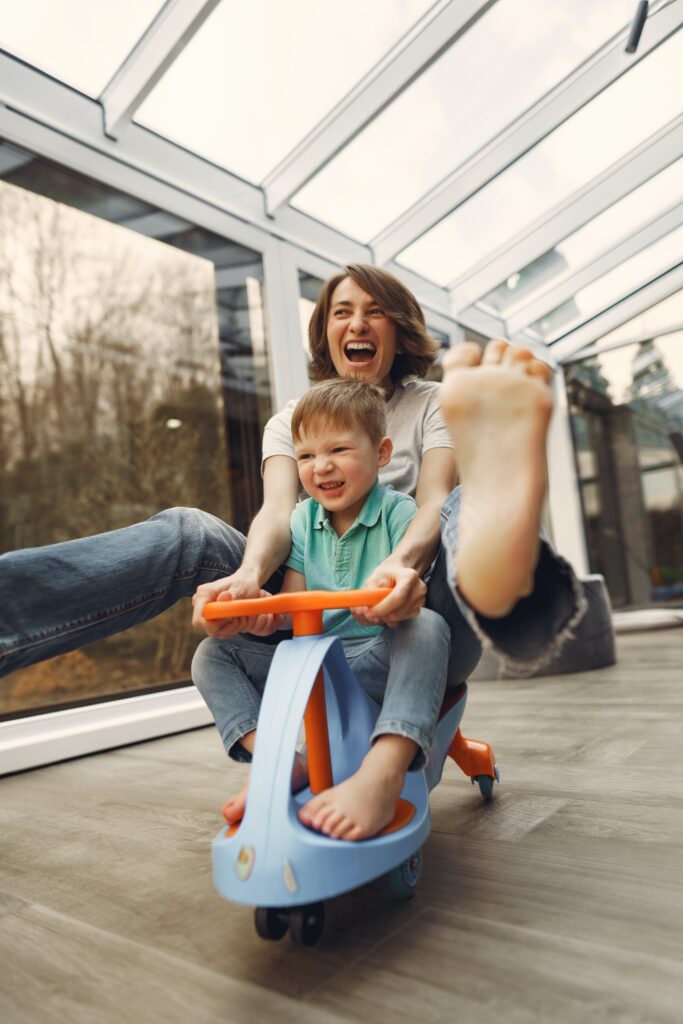 It happens every year. Multiple times per year. And yet, every time it happens, it is as if a tornado has struck and I don’t know where to run.

My husband had just returned from a few days out of town. I did the solo act, which included two workdays when I had to go in to work late and leave early to manage all the childcare responsibilities. This also meant handling three full weekdays of no school due to election day and teachers convention. It meant “working from home” while figuring out how to manage both my work obligations and my children’s needs. So basically, it was like quarantine all over again, except this time my kids knew they could go to the park or to the movies, and Mommy just wasn’t’ taking them.  By pure default, some of my work life got put on the backburner so I could tend to the essentials, like breakfast, lunch, dinner, and paying some attention to the kids in between.

But that was OK.  I was fine with running the show for a while, even on days there was no school.  Because upon my husband’s return from his trip and upon the kids returning to school, I would be back in the swing in no time.

As it would go, we woke up on our first morning back into our “routine” and my son woke up with a high fever. The kids were supposed to have their flu shots that morning. I was supposed to take them to the doctor, get their shots, and drop them off at school, just in time to make it to a five-hour meeting that started at 10:00 a.m. Much to my chagrin, kids can’t go to school with a fever. And as we know, when kids have a fever or they are sick, they want snuggles and love, not medicine or doctors’ appointments.

I looked at my husband. “I have a mediation that has been on the calendar for six weeks. It is going to last at least five hours. I absolutely cannot put it off.”

He looked at me “I have a meeting at 10 AM and another one at 1 PM. I’m supposed to be at the office today. I just spent three days out of the office on vacation. I really can’t take another day.”

And so, begins the tornado.

We have the fortune of having an incredible extended family. However, we don’t have any family that is available on short notice or nearby to take over a full school day of childcare. We have the world’s best babysitters. However, they all have jobs of their own that occupy them on the normal working hours. We have friends and we have a support network, but we do not have a backup for this inevitable sick day.

It is on these days that the two of us are left to decide whose job is more important in that moment. Who can afford to move meetings or change plans and be home for the day?  Should I be moving mountains so I don’t scar my child by choosing work over cuddling him when he’s sick?  If I choose work, will my family be mad?  If I choose my family, will I be compromising my work?

It is absolutely not lost on me that many families do not even have the option of picking between two parents.  In many families where there is only one parent, that parent is the breadwinner, the caretaker, the backup for sick days, and the one who has to shuffle it all—all the time.

This time, my work obligations took priority.  I felt terrible leaving my sick kid home, simultaneously feeling bad that my husband had to move a million things to enable me to do so.  There’s no winning.

But it’s inevitable.  And the truth is there is no solution.  So, we just keep on keeping on.  Hoping that the impact overall- whether on our work or on our child—is minimal.  And catching up on work, love, and snuggles, just in time for the next tornado.

| Comments Off on The inevitable sick day(s)

The journey of a thousand miles begins with a single step. I'm nearly six years and two kids into this gig, and while I've learned how to navigate the path with more ease over time, there is certainly no magic trick to make it work.

Outside of Ashley’s writing she works as a Divorce Lawyer in New Jersey at Manzi Epstein Lomurro & DeCataldo. To learn more about Ashley’s professional services, you can click here.